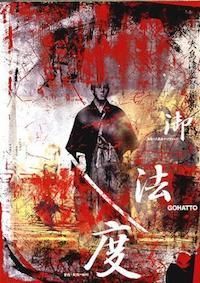 
TABOO - Color - 96 minutes - From the pen of noted author Shiba Ryutaro (Tenchu, Bakumatsu, Warrior of the Wind, Castle of Owl's). The Shinsengumi Samurai are recruiting men proficient, fast and focused enough to join their elite ranks. Teenager Sozaburo emerges as one of the very few who possess the skill to enter this lethal world. But there is a problem which potentially makes him more dangerous than his ability with a blade. He is bishounen - a 'pretty boy', whose feminine features ignite both desire and distrust in his fellow warriors. Problems begin when Kano’s beauty starts to attract the attention of the men within the militia. When an unknown assailant gradually assassinates Kano’s admirers, the atmosphere within the Shinsengumi threatens to unbalance the sense of discipline and honor that serves as the basis for the group’s martial effectiveness. Nominated for 10 awards of the 2000 Japanese Academy including: Best Film, Best Cinematography, Best Director, Best Screenplay, and Best Supporting Actor.