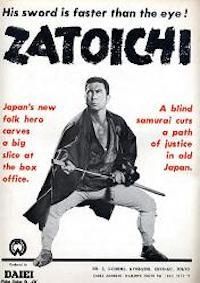 SHIN ZATOICHI - Season 1 - Color - 26 Episodes - After making 25 films as Zatoichi the Blind Swordsman, Shintaro Katsu the owner of Katsu Productions decided to move to Television for 4 seasons. The Zatoichi television series is just as good as the film series that preceded it. In fact many may prefer the television series. Since each episode is reduced to 55 minutes, you get to the climatic fight a lot sooner, and since the plot has to be simplified to accommodate less characters, the films are easier to follow.